Once again, I need to lift Parker Palmer’s Facebook post and plant it here. Not only does he state beautifully what I might try to re-state less deftly. He uses one of my all-time favorite poems by Marge Piercy to illustrate his point. In the interest of sharing the already-invented and of honoring my “Con Fem Friday” post theme, here is an excerpt from Parker; and the full text of Marge’s poem.

He says: “If we value things like friendship, family, community, education, workplaces that work, and democracy, there’s a minimum requirement. We must learn to talk with each other, even when we disagree. Not ‘at’ each other, or even ‘to’ each other; but WITH each other!”

Parker goes on – but I want to share lines from Marge’s poem that speak strongly to me – and hopefully to you, as well:

We must sit down …

Perhaps we should sit in the dark.
In the dark . . .
only the words
would say what they say…

into the dark, perhaps we could begin
to begin to listen…

And thank you for listening!

Fairness might well be the biggest value by which I live. When my kids were young, I early learned that they had different needs. What worked for one might not work for the other. That doesn’t feel ‘fair’ sometimes.

I honestly do not know which roils my blood more: the fact that any human being would systematically and maliciously go out of her way to malign another person; or that her accusation carries any weight at all. Clearly the case under my skin concerns cronyism at its most cowardly. How is it possible to credit her charge while ignoring her history of unreliability, ineffectiveness, rudeness and favoritism? [If you answer – ‘because she is a woman’ – I will choke. This is the most vile of all to me: the woman who uses that fact to a purely selfish end.]

The answer of course lies in systems which promote to the level of incompetence; which favor inside networks; which do not actually have as their goal a team approach to problem-solving for the greater good. Rhetoric aside, such systems put individual gain over community good. Which bumps up hard against my second biggest value -community.

The solution? Would that there were a single one! But if we’re talking fairness, at the minimum we need to inhabit a broader systems view. We need to take context into account. We need to be accountable for the work entrusted to us, the lives under our care. We need to listen with our hearts to hear the truth. And we must cease the betrayal of human by human. We are all here, together, now. Let’s drop our scrapping egos. In the end, much of life is ‘not fair.’ But we can get through it easier, and better, working together.

… we live on the edge of people’s understanding and on the edge of millennia of misunderstanding what lies at the root of all the damage we have done to one another and to the planet: the denigration of the feminine. Mary Pierce Brosmer: Feeding the Roots. 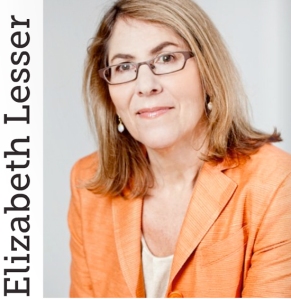 On her Facebook post this evening, Elizabeth Lesser – a wonderful wise woman and co-founder in 1977 of the Omega Institute – shared a practice from her recent workshop. It was so beautiful, this way of bringing us into the paradox of strong and soft, that I needed to share it here.

“While leading my annual weekend workshop there, I taught my students a practice that I have been using in my own life—a way of cultivating a fearless and strong backbone, and at the same time staying open and soft.

Have you ever seen a statue or picture of the Buddha sitting or standing, with an expression of peace, extending his right arm and holding up his hand in the gesture of STOP? That is called the abhaya mudra and it symbolizes an attitude of fearlessness and strength. Take a few quiet breaths right now, come into stillness, straighten your back, extend your right arm, and make the gesture of abhaya mudra. Just holding my hand like that for a few seconds gives me a feeling of inner power. It reminds me that I am a noble human being; that I already know the way if I follow my heart with clarity and courage. It says: it’s is good to be strong. To know my own mind. To speak and live my truth. END_OF_DOCUMENT_TOKEN_TO_BE_REPLACED

The boundaries of what has been considered the feminine world are systematically revised and refigured through our story-telling and the creation of our own narratives.

And isn’t that precisely the point?!!! We write to connect to one another, affirm our experience, learn that we are not alone in our life, our world. This age-old snarl of women’s words, women’s experience, women’s history continues to tangle and unwind year by year. Writing by writing. Woman by woman.

So let the unwinding begin with words  from Gina Barreca:

Women write from a commitment to the idea that words, as much as actions, have consequences.  Naming—defining the world through words—has power over the universe and draws the universe into every life.  Women have a particular and complex relationship to language; because they have for so long been barred from acting on their ambitions or rebellions, they have turned to language as a way of dealing with and influencing the world.

We create, construct and tell our stories to own them.

What are some of the reasons YOU write? Please share in the comments, below.