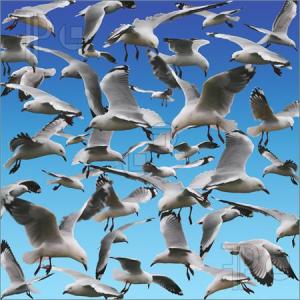 “A skittering of seagulls” not a group noun? Why not? That’s what they do. Or did on my walk today. Honestly, I expected it to be the Canada geese who would scatter. Usually when I approach, even with my dog well-behaved on the end of her leash, they tend to give us the once over, a few alarms, and off they flap.

But not this time. Perhaps it’s because they had just swooped in, landing en route back home and needing rest. Perhaps it’s because we gave them wide berth; or because we just kept walking without pausing to look at them. Whatever the reason, they simply goose-stepped back uphill, their wary eyes upon us as their weary wings drooped by their sides. No squawking. No fluttering. Just relatively mute acceptance.

But next field over was another matter. As soon as we passed through the stonewall, while the cornfield still stubbled from last year’s gathering was barely visible through the row of leafing-out larches, I saw them settle. Seagulls, dozens of them, swirling about in disorganized descent. Barely had they reached ground, and we the tree line, than up they flew, still swirled and disorganized and clearly confused. They simply could not find satisfactory stillness, even watchful wariness. They swarmed and spiraled, a true skittering of seagulls. 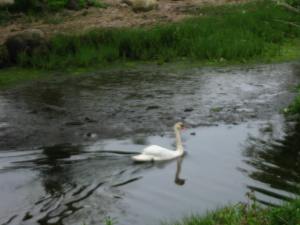 During my morning walk today, I was paying attention to my errant pooch who loves to splash in pools – vernal, spawning, mud and otherwise. As she darted past me full tilt, my eyes swept to the outlet below our modest crest of hill. When what to my wondering eyes should appear but one single swan slipping seamlessly on the silent stream. A meeting of solitudes – dog, woman, swan. 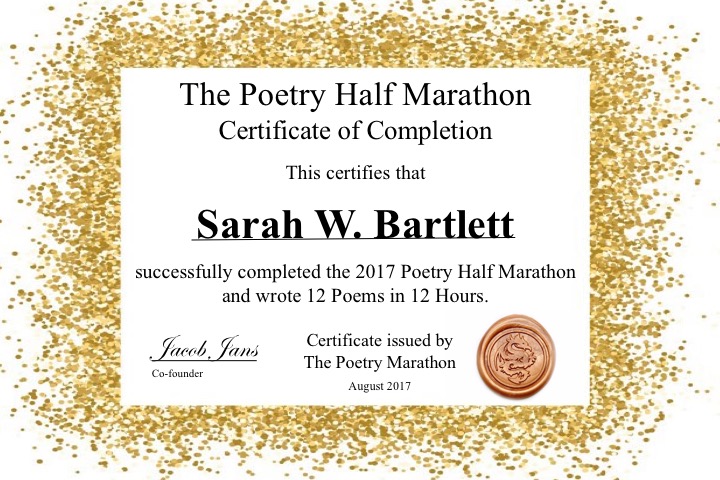 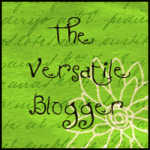